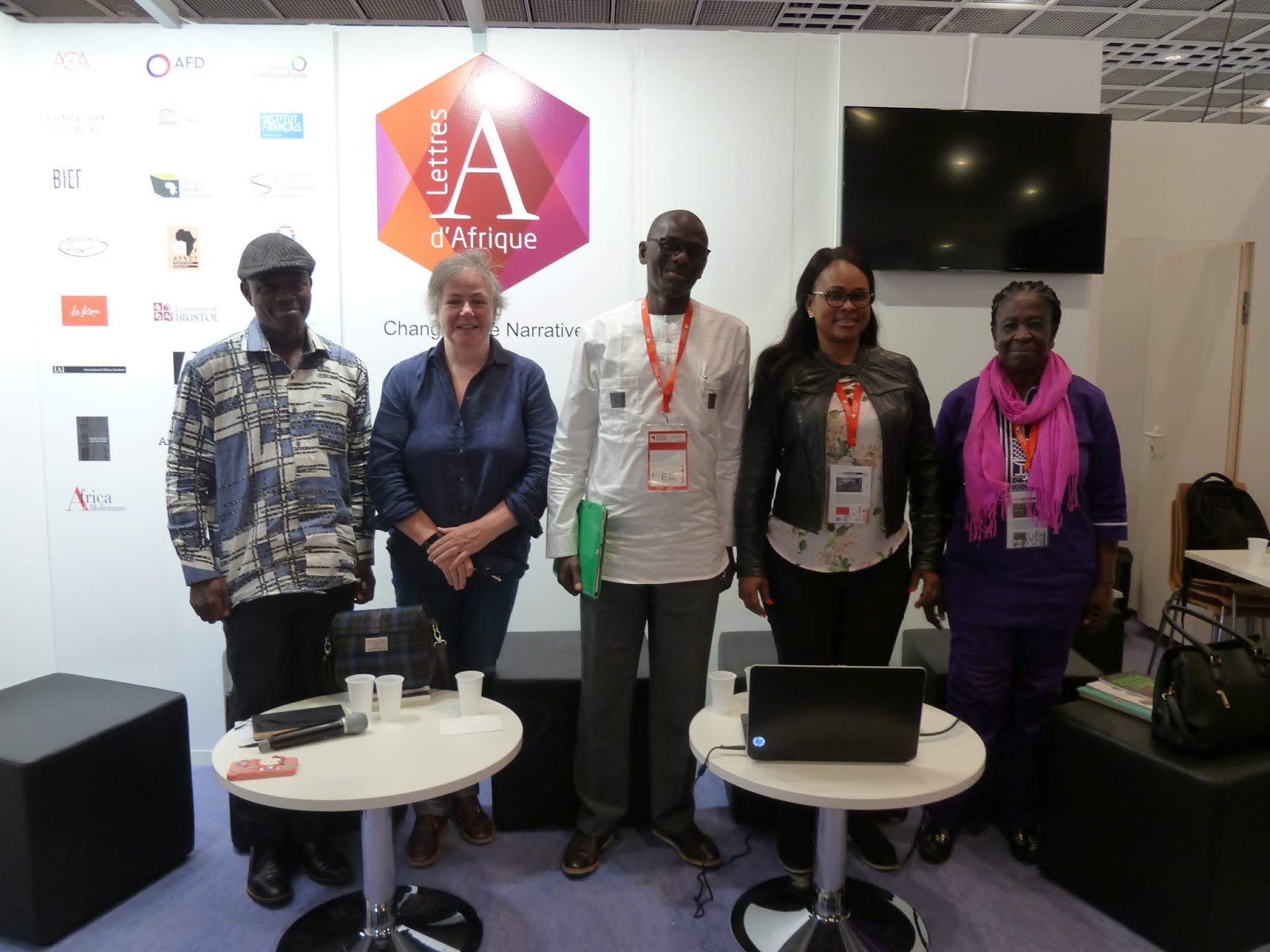 The programme “Lettres d’Afrique: changing the narrative” is coming to Frankfurt for the first time, after two editions under the flag of “Pavillon des Lettres d’Afrique” at the Paris Book Fair, and one at the Brussels Book Fair 2018. “Lettres d’Afrique: changing the narrative” is part of the African stage promoted by FBF and concentrated in Hall 5.1 this year. This stage is notably comprised of Cameroonian publisher AfricAvenir (B115), Sub-Saharan Publishers (Ghana, B117), En toutes lettres publishing (Morocco, B140), African Books Collective (B121), and Bureau International de l’Edition Française hosting 16 publishing houses from Francophone sub-Saharan Africa (B133).

Lettres d’Afrique is organised by Agence Culturelle Africaine (ACA), Senegalese-based agency set up by cultural entrepreneur Aminata Diop Johnson, and coordinated by Germany-based researcher Raphaël Thierry. “Lettres d’Afrique” is a label highlighting the plurality of literatures written by African and Caribbean authors. African publishers were always a part of the programme in Paris and Brussels, and they are now at the centre of the programme in Frankfurt. Broadly, Lettres d’Afrique is a space for conferences, discussions, valorization of African literature and letters inviting African publishers and Northern publishers or intellectuals to exchange together.

Lettres d’Afrique can be seen as a “connective space” to strengthen African presence at FBF 2018 by driving the attention on its African neighbours, including international organizations represented on the African stage: International alliance of independent publishers, African Books Collective, Afrilivres and African Publishers Network.
Lettres d’Afrique is a springboard towards many other publishers who are directly or indirectly represented in Frankfurt: African Books Collective represents for example 154 publishing houses, Association Afrilivres 33 publishers from Francophone Africa, International Alliance of Independent Publishers 32 publishing houses, and African Publishers Network (APNET) 44 African countries.

As to “change the narrative”, the challenge is to promote a programme not putting “African publishing” as a central topic, or to focus on one single language this time, but rather to defend African publisher’s outputs and business in Frankfurt, as well as stressing their contribution to bibliodiversity. In this idea, Lettres d’Afrique can serve as a megaphone for publishers producing high quality outputs available in different languages. Lettres d’Afrique aims to advocate these publishers’ legitimacy within the international book market, towards a world readership.
No language is privileged by the programme, and most of the meetings will be conducted in English and French. Participants are principally English-speaking guests and Francophones, with several publishers promoting African languages books or Hargeysa Book Fair in Somaliland (dedicated to African languages publishing).

Lettres d’Afrique’s first hope is to earn a professional audience and to enable an exchange between African publishers and publishers or organisations from other areas.
The programme is based on themes (such as feminism, postcolonialism, E-commerce and business models, North-South linkages in the publishing industry, African comics, Children’s book publishing, etc.), authors (hosting discussions with writers such as Antoinette Tidjani Alou from Niger, Johary Ravaloson from Madagascar, Simon Pierre Mbumbo from Cameroon and several others), and international relations. Lettres d’Afrique also tries to bring a light on the different hubs African book fairs and literary festivals represent in Africa, as well as highlighting some meaningful literary awards across the continent: on this aspect, the programme notably addresses the challenge of reviving an award inspired by the late Noma Award for Publishing in Africa, first internationally organized during FBF 1980. We will then discuss media coverage and African publishing’s place within academic, professional and digital media. Besides, Lettres d’Afrique can also be thought of as a springboard for the audience towards other lively markets, events and places in Africa, where publishers are “on the move”. Then, Lettres d’Afrique promotes the relationship between African publishers and international organizations such as International Publishers Association (IPA), World Intellectual Property Organization (WIPO), Organisation Internationale de la Francophonie (OIF), or Association pour le Développement de l’Education en Afrique (ADEA).
Lettres d’Afrique also promotes the “Indaba” meetings, dedicated to publishers presenting their catalogues to other professionals, and making a connection with the important Zimbabwean International Book Fair, which raises the question: what about an “African Frankfurt”?
In collaboration with International Alliance of Independent Publishers and Pen International, Lettres d’Afrique will host a roundtable dedicated to Freedom of publishing, in the follow-up of FBF 2018 programme on Press freedom and human rights.
A feedback from FBF 2017 “Francfort en Français” will be organized on Lettres d’Afrique, hosting S.E. Anne-Marie Descôtes (Ambassador of France in Germany), Juergen Boos (President of Frankfurt Book Fair), Didier Dutour (Institut Francais) and Pierre Myszkowski (Bureau International de l’Edition Française).

Lettres d’Afrique aims a public audience during the open-public weekend (October 13-14) to exchange with the publishers, and to visit their stands where they exhibit their books across the African stage.

During the events, a link will be drawn towards FBF 1980 and the vent entitled “Africa: a continent asserts its identity” which conveyed about 180 publishing houses from all over the continent, and brought to light one of the most inspirational African writer in the history, the late Mariama Bâ, author of Une si longue lettre published in Senegal. This brilliant past is the origin of Frankfurter organization Litprom, and a ground for Lettres d’Afrique in Frankfurt.